In this article, we will explore the mighty Islamic world and its big contributions to science. The Islamic power and scientific knowledge expanded rapidly after the 7th century and endured until the 15th. Fields such as medicine, astrology, natural philosophy, and engineering were pretty advanced, and we could make tones of articles about it. But we will explore physics and astronomy because that’s what we love.

If you are new then I will suggest you to read this series from the first part: The Beginning of Physics: The Presocratics (Part-1)

The Abbasid Caliphate was the 2nd dynasty of the Muslim empire, which endured, increasingly fragmented, between 750 and 1517 AC. It was, at its full glory, a pretty big empire. 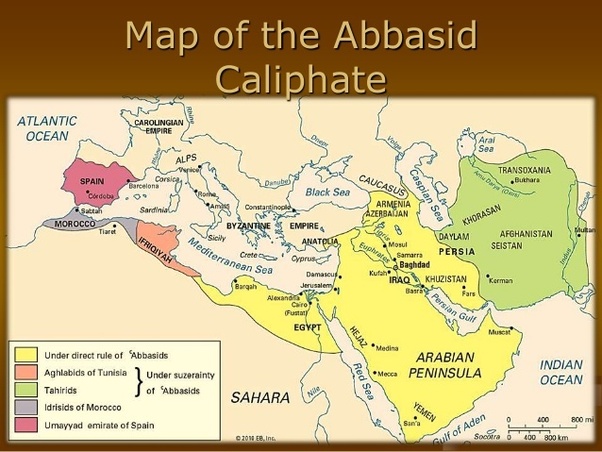 This was a crossroads, or trading zone, for Persian, Indian, and Byzantine cultures, as well as the religions of Judaism, Islam, and Christianity. Due to this, many languages were spoken in the Empire and scientific knowledge came from every part of the world.

But from all the ideas that came to them, the Arabs became fond of Aristotle’s ideas. The so-called “commentator”, or the biggest Aristotle fan, Ibn Rushd translated tones of Aristotelian and other Greeks’ natural philosopher’s books. In fact, hit’s believed that there are more Aristotelian books in Arab than in English!

His working ground for this was in “Bayt Al-Hikmah“, or the House of Wisdom, in Baghdad. At this House something quite important happened: TheTranslation Movement. Al-Mansur, the founder of the House of Wisdom (and possibly Baghdad itself), encouraged families of scholars to bring useful texts from Chinese, Indian, Persian, Greek and others so they could be translated into Arabic. At first, they brought Persian books concerning Astronomy and Astrology (the Arabs preferred Astrology because it was “more practical”).

By the end of the Translation Movement (1258 AC) the House of Wisdom was the biggest library in the World! Of course in 1258 the Mongols burn down everything and through the books into the river. Hurrah to culture!

Arabic “scientists” had something really important that the Europeans didn’t. They went with the evidence, and never considered that something must be true just because. Because of this many scientists discovered truths that Europeans only realized later. For example, Abu Ma’shar, Al-Razi and Al-Biruni were already proposing Heliocentric models of the Solar System! Their theories went against Aristotle but with observed data. Omar Khayyám later calculated the length of the Solar year and was only off by a fraction of a second! That’s great calculations. Also, Caliph Al-Ma’mun calculated the earth circumference as 24480 miles (the modern measurement is 24 901).

And don’t you think they were playing around in Physics! Ibn Sina claimed that a projectile in a vacuum would not stop unless some force acting upon the object itself.  Sound familiar? Yes, it does, because this is basically Newton’s First Law of Motion, which we will talk about in-depth in future articles. Also, Ibn Bajjah proposed that for every force there is a reaction force. Though he didn’t say it was an equal force, this is clearly a predecessor of Newton’s Third Law of Motion. And last but truly not least, Nasir Al-Din Al-Tusi authored a table of planetary movements that reformed the existing planetary model of Roman astronomer Ptolemy by describing a uniform circular motion of all planets in their orbits. This later led to the discovery, by his student, that planets actually have elliptical orbits. Copernicus would heavily draw on their work, but without any acknowledgment.

We will explore more of the evolution of physics in the next part and the persons who made it possible! Please tell me what did you think of this article in the comments!

Here is the next part of this series: The Beginning of Physics: The Astronomical Revolution – Nicolaus Copernicus (Part-6)

A 15-year-old Portuguese who at such a young age has the ambitions of becoming a theoretical physicist. Whilst maintaining his passion of becoming a physicist, he is also a chess player where he has won some local competitors alongside being a runner up in the local team also.

The Beginning of Physics: Aristotle – The Philosopher (Part-3)

The Beginning of Physics: The Scientific Method (Part-9)

The Beginnings of Physics: The Vedas – India (Part-4)